The U.S. Federal Highway Administration recently reported that Americans drove 3.7% fewer miles in May 2008 compared to the prior year. As oil prices have rocketed skyward, economic growth has slowed and conservation has increased resulting in consistent declines in year over year vehicle miles driven. The decrease in miles combined with a shift towards more fuel efficient vehicles portends deficits in the U.S. highway trust fund, sending Congress scrambling for funds as infrastructure needs are growing around the country. With gasoline consumption predicted to decline for the first time since 1991, the federal gasoline tax of 18.4 cent per gallon will generate substantially lower revenue despite dramatic increases in fuel costs. The Treasury Department has already reported a $2 billion decline in trust fund receipts through May, leaving Congress with difficult decisions as they develop a new six year $400 billion transportation spending bill. 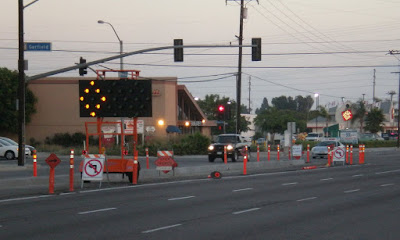 Many states and municipalities have resorted to private financing to alleviate budget shortfalls or to address transportation funding needs. The Chicago Skyway Bridge and the Indiana Tollway were both leased to Cintra Concesiones de Infraestructuras de Transporte S.A. and Macquarie Infrastructure Group, a consortium that is also developing the Trans-Texas Corridor for the Texas Transportation Commission. These efforts to use private financing for public infrastructure raise concerns that the vast network of roads and highways that enable commerce and mobility will be mortgaged in order to finance current spending on unrelated political priorities. Other efforts by states, such as Pennsylvania, to impose tolls for travel on existing interstate highways may provide alternative funding sources, but are likely to face significant grassroots opposition.

Federal and state leaders have demonstrated a gross inability to plan for long term infrastructure and energy needs. By failing to develop a comprehensive energy plan, Congress has left consumers at the mercy of oil producing nations in the midst of global supply shortages and rising fuel costs. As a result, manufacturers and distributors are beginning to reorganize to reduce transportation costs by locating facilities closer to end users. 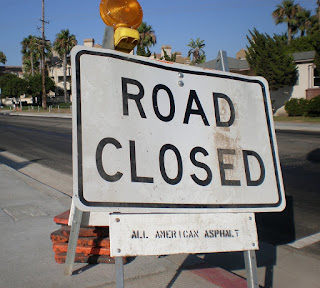 Consumers have voiced their displeasure by shunning the gas guzzling SUVs of U.S automobile manufacturers in favor of fuel efficient imports, further depressing the domestic manufacturing industry and increasing unemployment. U.S. automobile sales fell to an annualized rate of 13.6 million vehicles, the lowest volume since 1993, leading to plant closures and job cuts at GM, Ford, and Chrysler. As people lose their jobs and reduce discretionary spending, mileage driven will continue to decline as both commercial and personal traffic is curtailed.

The revenue shortfalls constraining transportation spending in the U.S. will certainly be addressed through higher taxes, fees, and tolls which, combined with the high cost of gasoline, will magnify the onerous burden on American motorists. Years of wasteful spending and earmarks for pet projects by the morally bankrupt members of Congress have diverted transportation dollars from critical infrastructure needs, leaving hard working Americans, once again, stuck with the tab.
Email ThisBlogThis!Share to TwitterShare to FacebookShare to Pinterest
Newer Post Older Post Home