Labor and Environmentalists Strike Back Against California Republicans

Forbes magazine recently reported on the increase in organized activism against economic growth and development. In particular, they chronicled a consulting organization, Saint Consulting Group, which will coordinate “grass roots” movements for or against a proposed economic development, often using less than scrupulous methods.

In California, such special interest activism has become ubiquitous. Projects are mired in courts for years as varying interest groups contest environmental, labor, and other complaints of dubious legal merit. As a result, the cost and development time of any project in California is significantly higher than in any other region of the country. One example that received national media attention was the expansion of athletic facilities at University of California, Berkeley. The proposed facilities, funded by private donations, were going to require the removal of some very old trees. Activists climbed and lived in the trees for almost two years while the project was contested in courts at a significant cost to the University. UC Berkeley did, of course, prevail in all of the legal proceedings, but not before the project was delayed for years, delaying the jobs and incomes that would be generated by the facilities expansion. 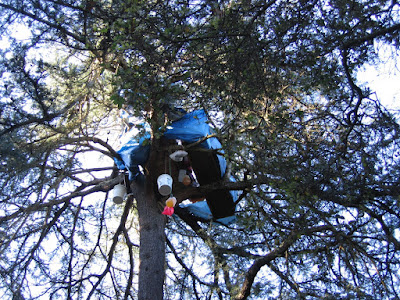 Governor Schwarzenegger and the Republicans in the legislature are fighting hard to reduce the ability of labor and environmental groups to hinder economic development in the state. In exchange for compromise on tax increases to cover the massive budget deficit, the Republicans are demanding reforms that will expedite the permitting and approval process that drastically increase the cost of conducting business in California. Given that the state has an unemployment rate of almost 9.5 percent, it would stand to reason that our legislators would be eager to stimulate job growth and economic development. On the contrary, the California Labor Federation has asked the state Attorney General to investigate Republicans for “vote trading” as they attempt to reach a compromise on the budget. The California Labor Federation, State Building and Construction Trades Council, Sierra Club California and the Planning and Conservation League claim that Republicans are withholding votes on the budget in order to demand the inclusion of a simulative reduction in environmental and labor barriers. According to their letter: ”This section prohibits any legislator from giving or offering to give his or her vote in exchange for another legislator’s vote on the same or a different matter. The budget negotiations, both as reported privately and publicly, clearly violate this anti-bribery statute.”

The people of California demand action on the budget crisis and for their elected officials to come to the table and compromise on the issues that hamper the economic growth and development of our great state. Compromise requires each side to make concessions in order to reach an agreement. While the liberal left might dominate the legislature in numbers, they do not possess the votes to unilaterally dictate the terms of the budget. Maybe they should work seriously on a reasonable compromise that stimulates growth in the state’s economy rather than resorting to threats and coercion to limit the opposition to their agenda.
Email ThisBlogThis!Share to TwitterShare to FacebookShare to Pinterest
Newer Post Older Post Home