Overview
Santa Barbara County, a relatively young wine growing region in California, burst on to the national scene with the release of the 2004 Oscar winning movie Sideways.

The Central Californian region, best known for the affluent coastal city that shares its name, is located approximately 100 miles northwest of Los Angeles along US Highway 101. The rugged mountainous terrain benefits from cool evening temperatures and a warm dry daytime climate that is ideally suited for the Pinot Noir varietal popularized by Alexander Payne’s cinematic production.

The sun scorched hillsides are naturally adorned with dry grasses and hearty trees that share the land with roving herds of cattle. Winter rains and cooler temperatures breathe new life into the landscape, but average summer temperatures swing from lows in the 50s to sweltering highs in the 90s or low 100 degrees Fahrenheit. Neverland Ranch, the region now boasts an eclectic cast of characters devoted to crafting fine wines that occasionally rival premier releases from Napa or Sonoma, its richer cousins to the north. The first winery in the Santa Ynez Valley was a collaboration of Brooks Firestone, the grandson of the founder of Firestone Tire and Rubber Company, his father and some neighboring ranchers that began with 250 acres of vines. Zaca Mesa winery, another of the early pioneers of Santa Barbara County, was planted in 1973 and has since focused on the varietals of the Rhone Valley of France. Other prominent figures including actor Fess Parker, famous for his roles as Davy Crockett

and Daniel Boone in the 1950s and 1960s, planted over 700 acres of vines in the 1980s and developed multiple resort hotels in the county. More recently, entrepreneurs such as William Foley II, the CEO of Fidelity National Financial and CKE Enterprises (Carl’s Jr, Hardee’s, and other fast food restaurants), facilitated the growth of the fragmented family vineyards by consolidating smaller wineries and establishing greater market visibility. Bill Foley established Foley Family Wines in 1996 with the acquisition of Lincourt Vineyards and has since acquired Sebastiani Vineyard of Sonoma County and Firestone Vineyard, among other notable wineries throughout California and Washington.

The predominant wines of Santa Barbara County are Sauvignon Blanc and Chardonnay for whites and Pinot Noir and Syrah for reds. Many wineries blend Syrah with Grenache, Mourvedre, or Viognier in the traditional style of the Rhone region in France. While it seems that white wines dominate most vineyards’ offerings, a few wineries have developed a broad array of quality red wines, most notably Blackjack Ranch Vineyards. The climate of the Santa Ynez Valley and the surrounding appellations limits vintners’ ability to grow popular Bordeaux varietals such as Cabernet Sauvignon, Merlot, and Cabernet Franc, but some wineries have been able to produce well reviewed wines that can compete with the more prominent production of Napa and Sonoma County.


Notable Vineyards
(finest of the region)

Lincourt Vineyards
The premier acquisition of Foley Family Wines, Lincourt Vineyards is located in the heart of the Santa Ynez Valley close to Los Olivos, CA. Exploiting the natural proclivity of the region, the winery’s current releases feature an exceptional 2007 Santa Barbara County Pinot Noir and a 2006 Santa Ynez Valley Syrah. Both feature a very aromatic nose with a smooth finish. The winery also produces a light and flavorful Pinot Blanc for those interested in refreshing summer wines.

Blackjack Ranch Vineyards
Vintner Roger Wisted, obviously proud that his wine was featured in the movie Sideways, produces perhaps the broadest array of quality red wines in the region. Wine critic Robert Parker has favorably reviewed many of Blackjack Ranch’s releases, which are comprised largely of the Chardonnay, Syrah, Merlot, and Cabernet Franc that are planted in the hills surrounding the production facilities. The Chardonnays are well refined and flavorful, but it is the artful blending of the reds that creates some of the most memorable wines. Their Harmonie releases are Bordeaux style blends that are consistently highly rated, but the 2005 Allusion was perhaps the best value. The 81% Cabernet Franc and 19% Merlot blend truly captured the best character of the grapes while celebrating the distinctive flavor of Cabernet Franc. While Blackjack Ranch features some impressive offerings, the aggressive pricing reflects a slightly inflated valuation reflective of the obvious pride and attention to detail of the winemaker.

Gainey Vineyard
With possibly the nicest tasting room and overall experience, Gainey Vineyard highlights their black label “Limited Selection” wines that are only available to club members. Most notable were the 2006 LS Pinot Noir and 2007 LS Cabernet Franc. Both were wonderful wines and worthy of purchase, but the club membership options do not include a red only Limited Selection option. The LS Chardonnay was much better than the LS Sauvignon Blanc, but fans of red wines are forced to purchase unwanted bottles of white wines in the Limited Selection club or supermarket quality white label Gainey wines which are bundled in the red only club. Overall, Gainey Vineyard produces some quality wines, but they remain out of reach to non-club members.

Koehler Winery
The Koehler Winery presents a range of Rhone varietals, but generally the quality does not coincide with the aggressive pricing. The 2005 Santa Rita Hills Pinot Noir had a nice finish, but was relatively lacking in flavor. Alternatively, the 2006 Syrah Reserve Estate was very flavorful and velvety on the palate, but had a slightly acidic residual. The biggest disappointment was the 2005 Cabernet Sauvignon Estate which had the nose of a Cab but lacked the bold distinctive flavors.

Firestone Vineyard
The first winery of Santa Barbara County presents an affordable lineup in a large tasting room with great views. The Cabernet Franc Rose was uninteresting and many of the reds lacked the complexity of their more expensive alternatives, but generally Firestone’s wines would be a reasonable value and likely could be found at local retailers. The 2006 Santa Ynez Valley Syrah was the best of the lot.

Curtis Winery
Similar to its neighbor Firestone Vineyard, Curtis Winery boasts an affordable portfolio of wines that would appeal to a broad range of tastes. The 2005 Santa Ynez Valley “Crossroad” Grenache had a distinctive blackberry nose and an earthy finish. Alternatively, a 2007 Viognier had a nicely fragrant bouquet complemented by flavors of tangerine and melon. The best of Curtis’ wines, however, was the 2005 Cabernet Syrah, a complex wine blending the fruit flavors of the Syrah with the distinctive boldness of Cabernet Sauvignon.

Foley Estates
Absent their decent Chardonnays, Foley Estates would likely be another disappointment. Both their 2008 Steel aged and 2007 French oak aged Chardonnay offerings presented a clean taste with full vibrant flavors. Unfortunately, their Rose and Rancho Santa Rosa Pinot Noir wines were relatively bland and forgettable. The Barrel Select Pinot possessed a pleasing toast from the 20 months on oak, but it failed to live up to the relatively steep price tag.

Zaca Mesa Winery
Despite a relatively unimpressive selection of wines, the Zaca Mesa Winery avoids the cellar floor with its 2005 Estate Syrah, a wine with a muted nose but an oaky berry finish. Outside of the Syrah, the portfolio fell a bit flat. The 2005 Estate Z Three, a blend of Rhone varietals Syrah, Mourvedre, and Grenache, will possibly mellow with age, but currently is quite astringent. 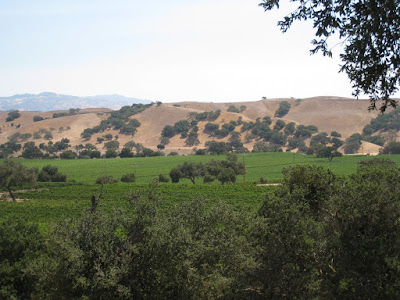 Bottom of the Barrel
(collections of largely uninspiring wines)

Roblar
An impressive building at the intersection of CA 154 and Roblar Ave, just south of the town of Los Olivos, leaves one anticipating a memorable tasting experience, but the naïve will leave disappointed. The inflated pricing of both the tasting and the bottles reflects a doomed attempt to recover the investment in the tasting room and adjoining restaurant. While the restaurant may have potential, the wines are forgettable.

Dierberg and Star Lane Vineyards
The vineyards of Dierberg and Star Lane are located in the Santa Rita Hills and the Santa Maria appellation of Santa Barbara County. The winery, located west of US 101 on CA Highway 246, presents an array of harsh unimpressive reds and biting whites. Further experience and refinement will be required before a more meritorious wine is produced.

The Brander Vineyard
A rustic winery in the Santa Ynez region, the Brander Vineyard exudes Old World simplicity in design and adornment. The white wines would be adequate table wines, but the reds were rather unexciting. During a recent visit, a debate among the tasting room attendants about the bouquet and flavors of the Cabernet Sauvignon resulted in the revelation that one had recently disposed of multiple bottles due to perceived impairment of the wine. For the price, much better wines can be found elsewhere, likely even at your local supermarket.

Cottonwood Canyon Vineyard
A free tasting at Cottonwood Canyon Winery in the Santa Maria Valley inspired some goodwill, but the imbued esteem quickly eroded as successively mediocre wines were presented. None of the offerings were particularly notable, even to the neophytes with which we shared the tasting room. Their discussion about the relative merits of Cottonwood Canyon’s offerings compared to Charles Shaw’s “Two Buck Chuck” is rather telling.

Riverbench Vineyard
A homey and welcoming tasting room adds appeal to Riverbench Winery’s proposition, but unfortunately its portfolio of Chardonnay and Pinot Noir wines lacked a similar charm. The small tasting room reminds one of a nicely appointed living room in a country home with beautiful views of the vineyard. The wines possessed some refined flavors, but featured an extremely astringent nose that overwhelmed the bouquet. Riverbench is possibly worth a visit if passing through, but it is not yet a source of inspirational wines.

Foxen 7200
Another Santa Maria Valley winery that failed to impress, Foxen 7200 presents a hodgepodge of wines that lack both focus and balance, consistent with typical cheap grocery store offerings. Their pricing suggests that Foxen 7200 has a more elevated perception of their efforts, but the flavors were relatively flat and many of the bouquets were inconsistent with the varietal leaving one completely uninterested.

Fess Parker Vineyards
Some Fess Parker enthusiasts and respected critics may argue with the assertion that their wines are “Bottom of the Barrel”, but most were entirely overpowering or astringent at best while one Chardonnay had a moldy or musty nose that was an absolute turnoff. Another nearby patron complained about this Chardonnay and was promptly offered an alternative, but it certainly did not set the stage for an impressive tasting. As for the reds, both Pinot Noir alternatives were rather bland and flavorless while both of the highly rated Syrah offerings had an astringent nose with the flavors overwhelmed by the bold bite of alcohol. 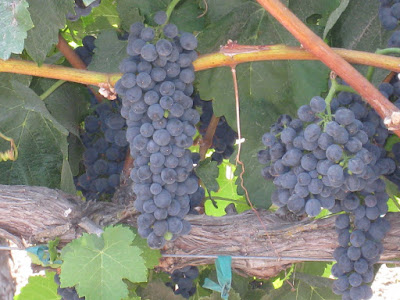 The preceding reviews represent the collective evaluation of the taste, color, flavor, and bouquet of the various wines by two experienced, yet non-professional, oenophiles. The plethora of gold medals that adorn relatively common wines demonstrates that wine appreciation is subjective and largely determined by individual preferences and ability to discern the subtleties of each wine. Both the quality and value of each vineyard were considered in order to guide perspective visitors and customers on their own exploration of the wines of Santa Barbara County.
Email ThisBlogThis!Share to TwitterShare to FacebookShare to Pinterest
Newer Post Older Post Home