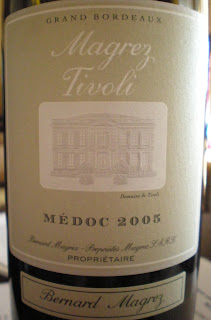 With a cloud of snooty extravagance and a classification system that favors the most prominent châteaux, often owned by large multinational corporations, Bordeaux has lost favor among many younger wine fanatics who crave the individuality and uniqueness that discovering a bottle from a small family owned grower provides.  Additionally, the desire for immediate gratification of younger generations is inconsistent with the aging requirements of top Bordeaux wines, leading many to prefer less tannic wines that are more balanced and pleasing in their youth.  Don’t confuse this trend with a lack of demand; bottles from the most sought after classed châteaux continue to fetch ever higher prices as global demand remains high, especially from the status conscious nouveau riche in China and other emerging economies.

While the most notable Bordeaux estates continue to benefit from strong global demand and the traditional en primeur system of selling bottles before they are released, smaller producers and some négociants largely operate in relative global obscurity as they lack the marketing cache of the 1855 Bordeaux Classification of the Médoc, regardless of whether it continues to convey any true representation of quality.  Without a recognizable château or notable appellation d’origine contrôlée (AOC) to attract consumer interest, many quality wines of good value may go unnoticed among the ever expanding array of offerings from around the globe.  The few that have attracted critical acclaim or cult followings quickly see their values rise to rival those of classed estates.

During a recent Bordeaux tasting, I sampled a bottle of 2005 Magrez Tivoli Médoc by Bernard Magrez, proprietor of Graves (Pessac-Léognan) Grand Vin Châteaux Pape-Clément, that initially seemed rather unremarkable, but it was attractively priced at $25 so I took a chance and bought one.  Upon opening the bottle, characteristic aromas of forest floor, red fruit, and oak comprised a rather enjoyable bouquet that segued into a mildly fruity palate reflective of the virtually equal marriage of Merlot and Cabernet Sauvignon.  With all of the grapes sourced from the Saint-Christoly commune of the Médoc AOC, the large northern most appellation on the left bank, the blends are predominantly Merlot which does better in the moisture retentive clay-rich soil than Cabernet Sauvignon which flourishes in the well drained gravel croupes of its southern neighbors.  The Margez Tivoli vineyards, however, are close to the Gironde Estuary on a gravelly hilltop.  Overall, this is a nice wine which reflects the quality and character of Bordeaux at a reasonable price, but it must be consumed upon opening because it will quickly oxidize, losing the intriguing aromatics and flavor after 24 hours.