The Wuhan Coronavirus has imposed devastating consequences on the U.S. and global economy after unprecedented shutdowns have shuttered broad swaths of the business community.  Notable during this period of draconian quarantine and social distancing mandates are the exceptions for many of the largest corporations at the expense of small and mid-sized business.  The behemoths like Amazon, Walmart, Home Depot, Kroger, and Albertsons flourish and increase market share while small businesses remain closed.  Global media companies like Facebook, Google, Comcast, and AT&T ratchet up censorship and continue to craft a false narrative that understates China’s role in the crisis.  Perversely, they defend China’s efforts to cover up the outbreak which lead to rapid global spread while demonizing the efforts of the Trump Coronavirus Task Force as too little too late.  All of these efforts seek to promote globalism and international institutions, like the WHO, that seek to diminish the global standing of the United States. 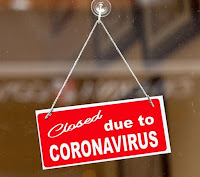 While many of the world’s dominant corporations are domiciled in the U.S., their allegiance clearly lies elsewhere.  American taxpayers bailed out automakers like General Motors during the 2008 financial crisis, and GM returned the favor by offshoring production to Mexico and China and shuttering U.S. factories.  Large global corporations use tax arbitrage strategies to shift profits to low tax jurisdictions and lobby for restrictive regulations to squash competition.  They attempt to erect barriers to competition through legislative and regulatory victories funded by lavish political contribution and influence campaigns.  Politicians have embraced crony capitalism, handing out favors like the EB5 visa program to fund real estate projects or the H-4 EAD and OPT visa programs to supply an endless stream of immigrant labor to suppress wages of American workers.  In exchange, global corporations embrace and legitimize the social and environmental policies desired by Democrat activists and politicians in order to give them greater leverage over people with dissenting views.

Leftist politicians have embraced their authoritarian instincts to limit individual liberties and encourage their compliant corporate partners to censor speech and encourage “approved” behaviors.  By utilizing public fear of the Wuhan Coronavirus, leftists have increased their ability to implement their authoritarian agenda by devastating independent small businesses and buttressing compliant global corporations.  It is much easier to enforce compliance with a social or regulatory scheme if the economy is dominated by a few compliant corporations instead of thousands of privately owned small businesses.  Rather than fight in courts to force small bakers to make cakes for gay weddings, for example, it is much easier to persuade a large chain of bakers to comply with their social policies in exchange for some tax incentives or regulations that squash smaller competition.  Increasing government funding and support of large corporations only strengthens the control that leftist politicians have and greases the tracks as they attempt to enforce limitations on dissenting views.  If you don’t peacock and signal that you are in step with their agenda, you will be economically punished and dismissed as a “Deplorable” that should be ostracized and destroyed.

We must support our small businesses and local communities to decentralize policymaking and strip the leftist authoritarians of a powerful means of enacting their social and political goals.  One of the most powerful means of protecting your liberties is to support a robust small business community that embraces American values and has a vested interest in a successful local community.  As we open for business, we must fight back against globalist tyranny by supporting local businesses and return to the principles of “Buy American, Hire American”.
Email ThisBlogThis!Share to TwitterShare to FacebookShare to Pinterest
Older Post Home